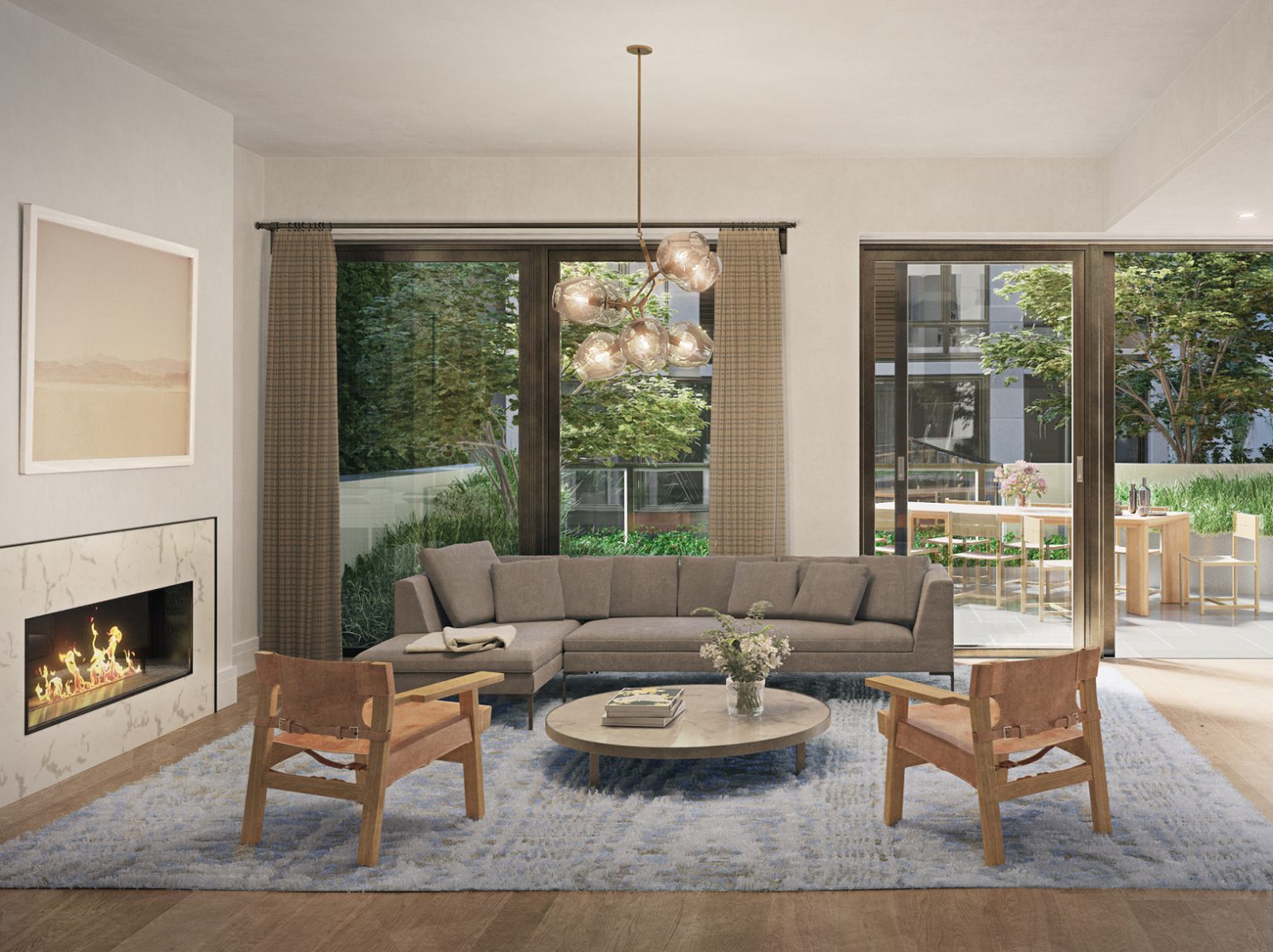 Manhattan’s residential real estate market ended a snowy January in the same way it had swept through most of the notoriously slow month — selling homes and breaking records. A total of 273 contracts were signed in the final week (Jan 22nd-28th) which was up a substantial 27% on the previous week and 3% year over year, making it the strongest fourth week in January on record since 2014.

The luxury market — even without an influx of foreign buyers — made a particularly strong showing with 24 properties going into contract priced over $5million, a 14% increase over the previous week and a 41% increase over the previous year. The biggest sale of the week was a duplex condo penthouse at 151 East 58th Street which was last listed for $36 million. Spanning a capacious 9,000 square feet, the home features five bedrooms and six-and-a-half bathrooms, with panoramic views of both the East and Hudson Rivers as well as Central Park.

The second most expensive deal of the week was also north of the $30 million mark — a penthouse at 15 East 69th St., which was asking $32 million. Noted Broadway producer, Terry Allen Kramer who was behind shows such as “Kinky Boots,” “Evita,” and “Hello, Dolly,” was the 6,241 square-foot, (four-bedroom, five-bathroom) condo’s late owner. She was also the heir to the fortune of Charlie Allen Jr., founder of investment firm Allen & Co.

Overall, January proved to be a strong month considering it started with fears about Omicron, rising interest rates, and of course, the notoriously freezing temperatures, making many expect a slow start to the year. In total, 942 homes went into contract totaling a deal volume of $2.29 billion with prices far exceeding pre-pandemic levels according to The Real Deal.

After a few sluggish weeks, Brooklyn bounced back strong with 95 contracts reported signed last week, up a massive 56% over the previous week and 2% over last year. It was the first annual increase for over a month. Deals were up across the board with contracts signed between $750K and $1 million more than doubling versus the previous week thanks to one-bedroom condo sales. New development deals in Park Slope, Gowanus, Carroll Gardens, Boerum Hill, and Red Hook sparked a tripling of activity over the previous week.

After a month that saw Dumbo’s Olympia development stealing the highest-priced deal headlines, the top home to go in contract last week was a 5,000 square foot four-bedroom duplex (Units 218/219) at One Brooklyn Bridge Park which was asking $8.375 million. Not surprisingly, the Olympia bowed in second place, with a three-bedroom, 2,207 square-foot condo that was asking $5.150 million.

The finishing touches are being put on 100 Vandam, a 25-story residential building in Hudson Square, Manhattan (on the corner of Greenwich and Vandam Streets) reported NewYorkYimby.com. The 300-foot-tall structure will feature 72 residential one to four-bedroom condos with interiors by biophilic design company, COOKFOX Architects.

Another COOKFOX Architects project is nearing completion. Flatiron House, located at 39 West 29th Street, has just started launching sales. The luxury condo development comprises two buildings connected by a shared interior garden and has a total of 44 residences. The Tower comprises 37 one-to-four-bedroom residences with a separate entrance on 23rd Street while the Loft has seven one-to-five bedroom residences with an entrance on 24th Street.

COOKFOX is also working 241 West 28th Street, a 22-story two-tower residential project in Chelsea which will contain 480 residential units, with 30% reserved for low and middle-income households.

Actor, Anthony Rapp, best known for playing Mark Cohen in the Broadway musical “Rent” sold his Noho home at 1 Bond Street for $2 million, after it was on the market for just 12 days reported the NY Post. The asking price was $1.95 million. The historic loft-like building was completed in 1880 as the American Waltham Watch Company headquarters. Rapp recently purchased a 3.5 million home at 32 E. 1st Street with partner Ken Ithiphol.

TV Legend Norman Lear, who turns 100 in July, and wife Lyn Davis, have sold their home at 15 Central Park West for $17.5 million, after paying $10 million for it in 2008. Lear created over 100 TV shows, enjoying a prolific run in the 1970s which includes pop culture staples such as “All In The Family,” “Sanford and Sons,” “Good Times,” “Maude,” and “The Jeffersons.”

Art collector/publisher Peter Brant and his supermodel wife, Stephanie Seymour are the buyers of a couple of side-by-side townhouses on the Upper East Side at 67 and 69 E. 93rd St. in Carnegie Hill that traded for $19.99 million. They were originally on the market for $25 million. The couple tragically lost their son, Harry last year from a drug overdose.