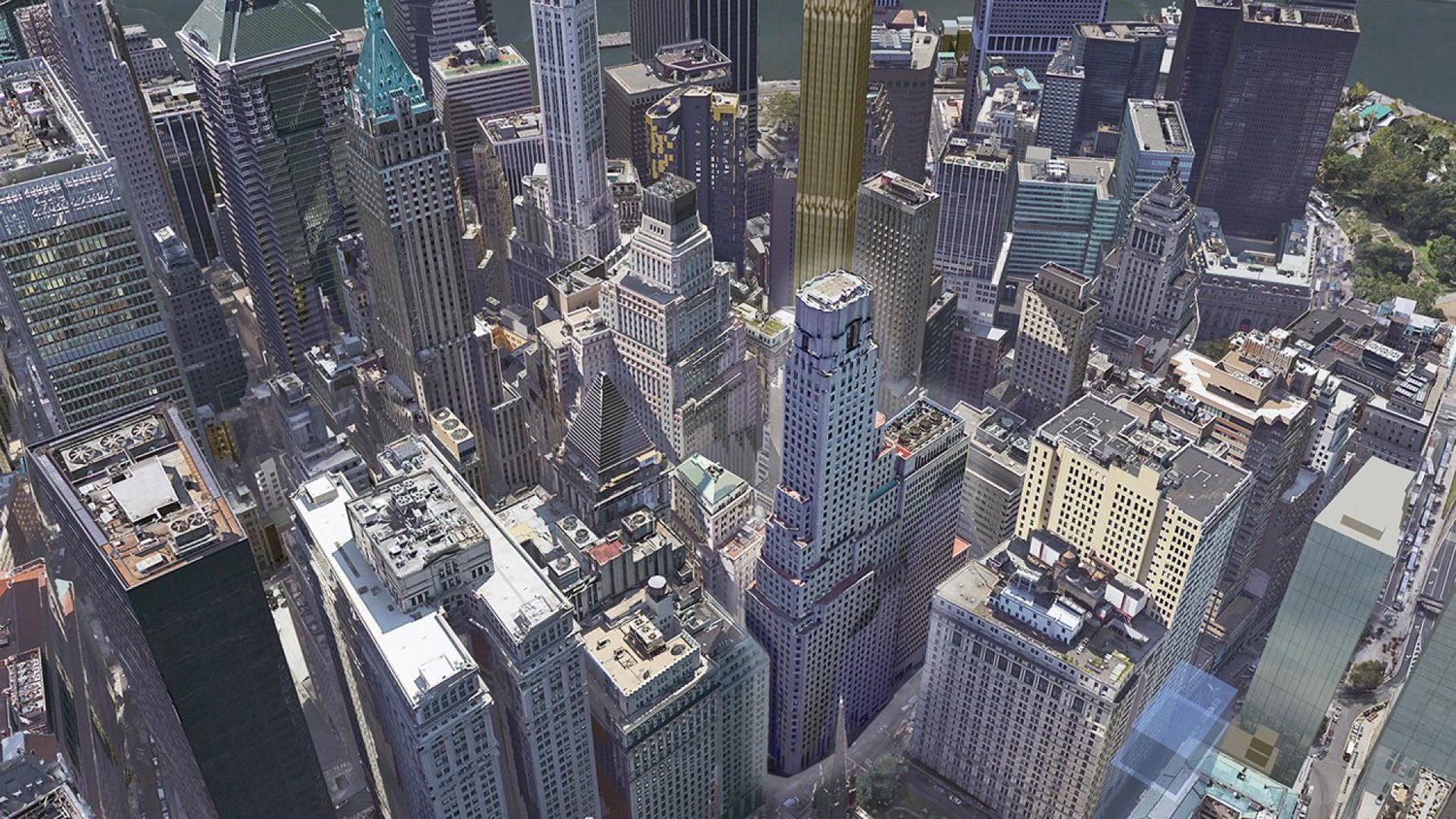 To look at the rendering for One Wall Street, a new luxury condo building being developed by Macklowe Properties from the shell of the old BNY Mellon and Irving Trust building, you may have a feeling of déjà vu. That’s because the high-rise, which is due for completion in 2020, was originally being designed by Architect Robert A.M. Stern (SLCE has since taken over the project). It looks uncannily like his other limestone clad buildings: 15 Central Park West, 30 Park Place and 70 Vestry.

Macklowe Properties and the sales team associated with the ambitious project are hoping that the same pixie dust that seems so liberally sprinkled over Stern’s recent projects will also bless One Wall Street. In fact, it seems to be part of a larger trend. A recent article in Bloomberg, noted the way other developers continually want Stern to repeat the successful formula he first laid down in 2008 with 15 Central Park West.

“Fifteen Central Park West changed real estate,” said Donna Olshan, president of Olshan Realty, Inc. and publisher of the Olshan Luxury Market Report, in the Bloomberg article. “All of a sudden it became extremely cool and elitist to live in that building, and it set the tone for condominiums that came after.”

Recent sales seem to support the Stern success formula. Amid a sales slump in downtown Manhattan, 70 Vestry has been one of the fastest-selling new condo buildings in the city with just a handful of condos remaining. According to StreetEasy, the ones available range in price from $7.95 million to $23.5 million. Two heavy-hitting condos priced at $50 million and a $65 million penthouse are in contract. The latter – if it closes near the initial asking price – could shatter the downtown Manhattan record held by the three-story penthouse at the High Line’s Getty condo.

Stern’s properties are known for their celebrity and high-profile clientele. Tom Brady and Giselle Bündchen were one of the first buyers to commit to 70 Vestry, getting the ball rolling on a wildly successful project. It is proof indeed that despite a saturated market and sluggish sales, if the right property comes along, people will buy.

On the other hand, One Wall Street faces some challenges if it’s to compete with its luxury limestone competitors downtown. Firstly, there’s the sheer size of the property. Of the 566 units, 304 will be studios and one-bedrooms, which are generally intended for single people and couples. These are not traditionally the most stable of buyers. Families have researched school districts, communities, children’s activities and aren’t likely to decide to move elsewhere in a hurry. Singles and couples often prefer to rent, giving them the leverage to move at the drop of a hat or at least at a lease’s end.

Also, with an average apartment price of $3 million, in line with the price of new condos for the area, finding single people who can either buy with cash or qualify for a mortgage in a down market could prove challenging. Many similar concerns, however, had been leveled at both 70 Vestry and 30 Park Place, and sales defied the skeptics.

In One Wall Street’s defense, its plush building perks are commensurate with what’s offered by comparable downtown luxury residences. There are 100,000 square feet of amenities spread across multiple floors, including an enclosed pool and a 39th-floor roof deck. The building’s street-level commercial space will be inhabited by a brand-new Whole Foods.

And then there is the transformation happening downtown: a millennial invasion, as evidenced by the variety of new hotels, residences, restaurants and clubs. It’s all a far cry from the desolate nightlife and deserted weekends that typified the Financial District in the 80s, 90s, and in the immediate aftermath of 9/11. Stimulus packages after the attack attracted businesses and led to the reinvention of the South Street Seaport. The Howard Hughes Corporation controls 400,000 square feet in the district and is nearing completion of its replacement for the seaport’s Pier 17, an entertainment complex designed by SHoP Architects.

“We’re trying to eliminate the snow globes and ‘I Love New York’ T-shirts,” Saul Scherl, The Hughes Corporation’s president for the New York metropolitan region, told the New York Times. It looks like he’s achieved his goal. The population of Lower Manhattan has trebled from its 2001 numbers to 61,000 residents, according to the Alliance for Downtown New York, a business improvement coalition.

And crucially for One Wall Street’s mix of condo and one-bedroom units, the median age of residents in the area has declined to 32, with more than 62 percent of them between the ages of 18 and 44. When asked about their fears of selling condos in a sluggish market, the sales team for One Wall Street were bullish. “It’s a concern, but not for this building, which pretty much checks every box,” they told the NY Times. They may have a point.