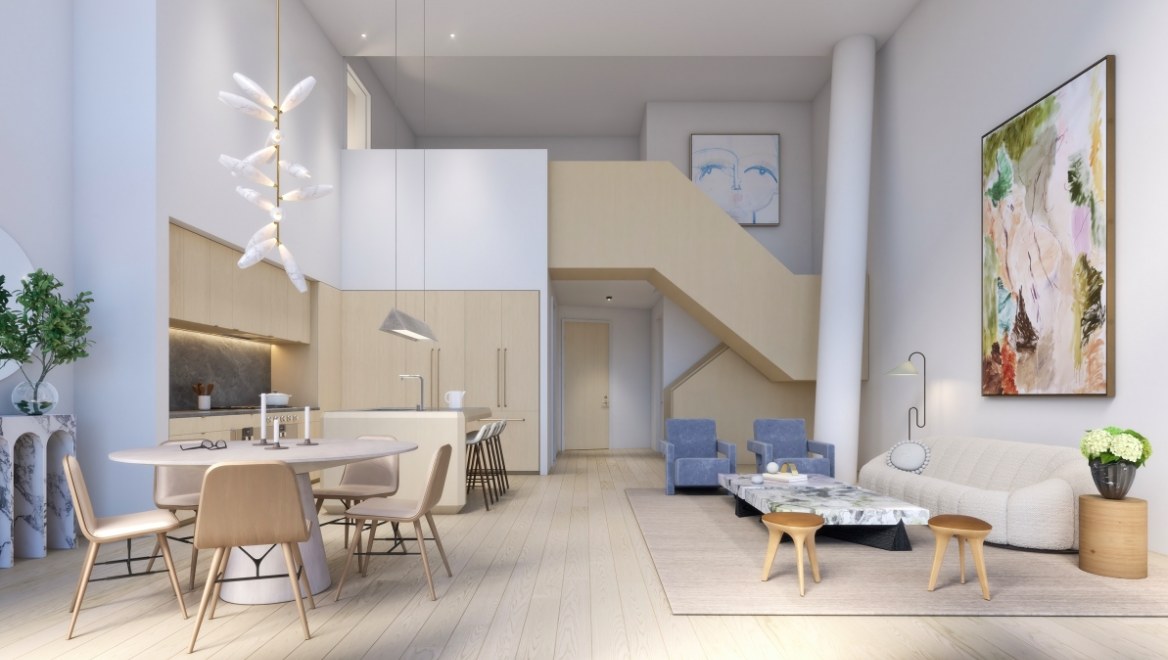 The Best January In Manhattan Since 2014

Freezing temperatures and fears about the Omicron variant couldn’t keep New York’s condo and co-op deals in January from sizzling, with around 1000 contracts signed, up 4% from 2021s numbers. It was the best January since 2014, which is a testament to the strength of the rebound, both since the pre-pandemic malaise and during the shutdown.

Contracts signed over $2 million were particularly robust, where there was more inventory available compared to those with lower prices. However, markets in Upper Manhattan, Midtown, the Financial District, and Battery Park also saw an increase in deal activity compared to pricier nabes Downtown and on the Upper East and West sides.

The days on market declined for the tenth straight month to a three-year low of 153 days, with the difference between condos and co-ops a mere eight days, itself an all-time low for January.

Luxe Deals Were Up In Brooklyn While Co-ops Were Down

Brooklyn, however, didn’t fare as well as Manhattan. January saw a total of 340 contracts signed, marking a 6% drop over the previous year, with sales declining annually for the second month in a row. Those numbers don’t tell the entire story, though. The drop was driven by a 32% drop in co-op sales. Condo sales, conversely, were up by 10% as the luxury market was spearheaded by deals in expensive neighborhoods in north and western areas of the borough, principally in DUMBO, Downtown, Brooklyn Heights, Williamsburg, and Greenpoint. Developments such as the Olympia, Quay Tower, and 11 Hoyt Street all sold homes for 2+ bedrooms go into contract, spiking the number for the $2M+ market.

The first week in February (Jan 29th to Feb 4th) saw 311 contracts signed, up 14% over the previous and 17% year over year which augurs well for the oncoming warmer months. In fact, it marked the greatest annual increase in contracts since the first week of 2021, and following on from last month, the strongest first week in February since the heady days of 2015. There were 22 deals in the luxury market for homes priced over $5 million.

The top two deals of the week were both condos designed by starchitect Robert A.M. Stern, whose classic limestone-clad buildings are a homage to turn of the century NYC architecture. The biggest deal was at the perennially exclusive 15 Central Park West, present and former home to a slew of Hollywood A-listers, which sold within days of being listed for $21.95 million. Featuring three bedrooms and three and a half bathrooms the deal worked out to be $7,074 per square foot for the $3,103 square-foot home. Amenities in the luxe tower include a 14,000 square foot fitness center, with a 75-foot pool, landscaped motor court, and garage as well as a business center and more.

The Bellemont is 75% Sold

A newer Stern creation, The Bellemont was the second most expensive deal of the week. The full-floor unit on the 7th floor at 1165 Madison Avenue was asking $18.75 million. It has five bedrooms and six and a half bathrooms. Sales at The Bellemont have been spectacular considering they launched in late October and in a little over three months nine out of twelve units have sold at an average of $3,768 per square foot. Flush with amenities, the sales mark the ongoing interest in Stern’s buildings despite edgier, more contemporary developments sprouting up around the city.

Spurred on by condo signed contracts in DUMBO’s Olympia as well as deals in Williamsburg, Greenpoint, Brooklyn Heights, and Downtown, the Brooklyn market was up by 10% week-over-week and 4% versus the last year. The flurry of buyers resulted in 103 deals being signed, the first time activity surpassed over 100 deals in a week since December 2021. Not surprisingly, the top sale was at the Olympia in DUMBO for a 4,000 square-foot plus five-bedroom condo which went into contract for $12,9 million.

According to the New York Post, the developer of the afore-mentioned 15 Central Park West — nicknamed the ‘Limestone Jesus’ — is planning to build a $1B luxury tower in the West Village. In a JV deal between 15 CPW’s Zeckendorf Development and Atlas Capital Group, the team plan to construct a $1 billion-plus, approximately 36 story, ultra-luxe condo tower by the Hudson River, at 570 Washington St. — a 1.3-acre empty lot between Houston and Clarkson streets on the West Side Highway — with panoramic views. Condos will reportedly be priced at the $5,000/per square foot range.

The tower will apparently replicate 15 CPW although it’s not clear at present if Robert A.M. Stern will be involved in the 570 Washington Street project. The Post reports that no brokers were involved in the sale of the land and that Zeckendorf Development beat out Gary Barnett’s Extell, Steve Roth’s Vornado, and Miki Naftali’s Naftali Group for the site.