Tackling The Age Old Question: To Rent Or To Buy 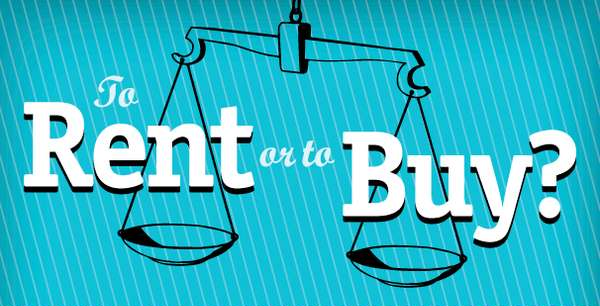 The sun has finally graced us with its presence after months of snow and dreariness, a reminder that spring is indeed on its way and, with it, the NYC scramble to extend leases or find new housing before summer prices take effect. But with NYC rental prices still rising steadily– and outpacing income gains by more than two-fold, according to Zillow Chief Economist Stan Humphries– now may be the time for many long-time renters to re-consider their stance on the age old question: To buy or rent?

Here are five reasons why 2015 may be the year to buy:

According to a recent article by Business Insider, buying used to be the obvious choice because the assumption was that housing prices would always rise over time. That philosophy, however, fell apart during the housing collapse, and now the choice isn’t always so simple. Luckily, data analysts have come up with an easy way to determine whether you should buy or rent based on a simple price-to-rent ratio. By looking at whether the sale price of a home is greater or less than 20 times the annual rent in your desired neighborhood (divide the cost of the property by the annual rent), you can easily determine which route will be more cost effective. Is the number over 20? If so, the cost of home ownership may end up being greater than the cost of renting. If the cost of the house is under 20x the rent, it’s a no-brainer– buy!

The most recent data from Zillow shows home ownership is the clear choice in most of the country with only parts of California being the exception. In NYC, specifically, the average home price is only 13.6 times the annual rent, well below the 20x mark, making buying in 2015 the definite way to go.

Demand for rentals has always been pretty high in NYC. It is, after all, one of the most desirable cities in the world. But in 2015, the demand for rental units is likely to skyrocket even more than usual. One factor for this may be due to the uncertainty around the now infamous 421a tax abatement program. The future of the program, which gives tax breaks to developers who include affordable housing units as part of new developments, is currently up in the air, and according to DNAinfo.com, many projects are being put on hold until there is more clarity on what the rules surrounding the program will become. This will put a strain on the already short supply of NYC rentals, likely leading to higher and higher costs for tenants and making buying more attractive for renters who are tired of throwing away more and more money each year.

Between 2013 and 2014, NYC rental prices rose more than 10% compared to the national average of 4.9%, according to NBC News, making the burden of renting painfully obvious. But what about the cost of home ownership? Says Stan Humphries, chief economist for online real estate database Zillow in a December 2014 article on the housing outlook for 2015, things are looking up for potential homebuyers. In fact, one need only look at the difference between 2013 and 2014’s year-over-year price growth (10.8% in December 2013 vs. 4.8% in September 2014) to be reassured of this. In 2014, as prices rose, more homeowners put properties onto the market and more are predicted to do so in 2015, increasing supply and allowing the leveling off of market prices. 2014’s price increases, however, helped by discouraging investors looking for easy bargains, easing the competition for buyers in the coming year. For the first time since 2012, buyers and sellers can look forward to a truly balanced market.

Because of exorbitant rental costs, many millennials, as well as other first time buyers, who are ready to buy have long found it difficult to save up for the necessary down payment required for home ownership. In 2015, this issue may finally become less of a roadblock after Fannie Mae and Freddie Mac’s late 2014 announcement of their plans to cut minimum down payments down from 5% to 3%. Fannie Mae’s program for first-time buyers and those looking to refinance their mortgage took effect in December of 2014, with Fannie Mae’s (limited to low-income buyers) to launch in March of this year.

With most New Yorkers spending nearly 60% of their annual income on rent (compared to the recommended 30%) according to a new study by real estate website Streeteasy, it no longer seems justifiable to put so much money into something that provides no return. And despite the 2012 nationwide housing crash, investing in real estate in NYC has always been a considerably safe and profitable choice. For proof, take a look at Trulia’s chart on median housing prices in NYC from 2000 to the present. The city continues to grow and flourish, both culturally and financially, making it the perfect place (and 2015 the perfect time) to buy.