Multiple Deals and a Mega New Development: NYC Marches on Despite Omicron 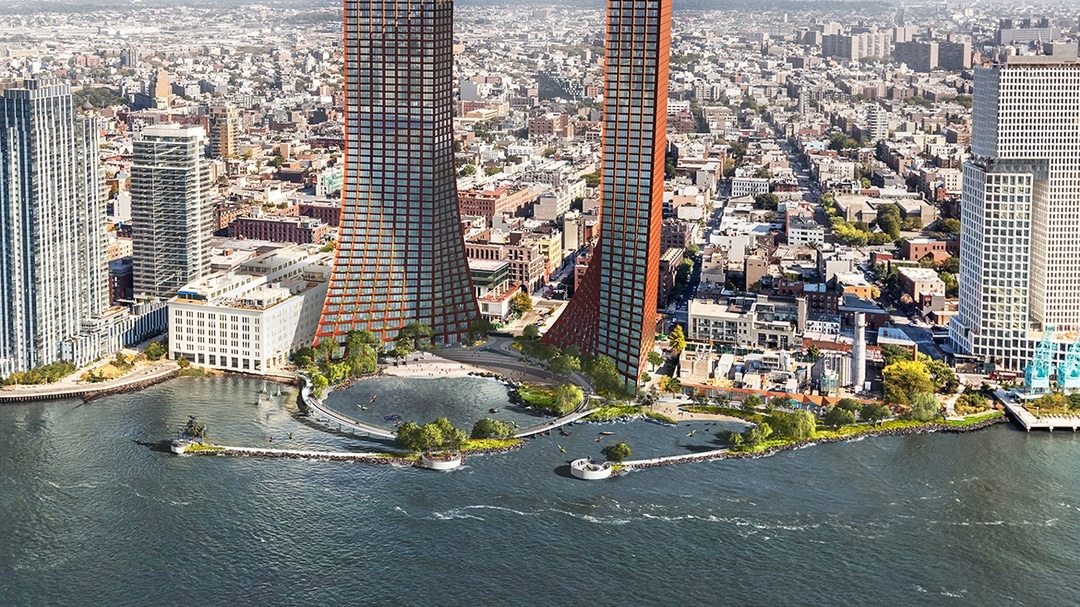 Maybe it was the experience of having gone through the first wave of the pandemic in 2020 that toughened homebuyers’ resolve to keep buying last week (December 11-17). The surge of Omicron in New York did nothing to slow down home buying even amid the holiday season with 297 contracts signed in Manhattan, down 6% week-over-week but up 29% year-over-year. In fact, it was the strongest week ever preceding Christmas. The luxury market was particularly robust, with homes priced $5 million and over, up 35% over the previous week.

The UWS Grabs a Piece of the Action

Condos accounted for a big chunk of the contracts with 132 deals split between new developments (48) and resales (84). The most expensive deal of the week, according to Mansion Global, was a duplex condo at 378 West End Ave on the Upper West Side. The new development, a six-bedroom, unit spanning 7,485 square feet, was asking $25.95 million. It includes a library and a nearly 1,000-square foot terrace. The building’s amenities include a fitness center, saline lap pool, regulation squash court, as well as a children’s playroom and pet grooming facility.

The next priciest sale was a penthouse at 135 East 79th St. which was listed for $20 million. The five-bedroom home spans 5,429 square feet and features a living room that opens out onto a terrace. The 20 story Upper East Side building has a slew of amenities including a fitness center, garden terrace, library lounge, wine lockers, and a catering kitchen

A Flurry of Deals for Condos Priced Between $1M and $2M

The same scenario —Omicron’s negligible effect on deals — held true for Brooklyn where 100 contracts were reported signed last week, down only 2% from the previous year but up 4% from the week before. A third of those numbers (30) were condo deals in North Williamsburg and Crown Heights, where a flurry of homes priced between $1 million and $2 million found buyers. Also, two-bedroom condos in new developments contributed 41% percent of the deals throughout Brooklyn. However, the highest-priced deal of the week was #5A 100 Amity Street, the last three-bedroom sponsor unit at Polhemus Residences in Cobble Hill.

Formula One Champ Lewis Hamilton Reverses Out of Tribeca Condo

Just before off his nail-biting second-place finish in the Formula One World Championship, British diver Lewis Hamilton raced into a real estate deal that saw him sell his penthouse at the celeb pedigreed (Blake Lively and Ryan Reynolds, Jennifer Lawrence, Justin Timberlake, Harry Styles) 443 Greenwich Street for $49.5 million, the unit’s asking price. Although the buyer’s identity was hidden behind a Seattle-based shell company, the deal was publicized as the most expensive home to go into contract in the third week of October. The six-bedroom, 8,900 square foot condo with a private elevator was purchased from developer Nathan Berman in 2017 for slightly under $44 million.

The sale doesn’t mean the Brit’s love affair with New York is over. Far from it. In 2019 the driver parked $40.7 million into a 6,500 square foot penthouse at Related Companies’ 70 Vestry Street.

Corcoran agents recently sold Vanity Fair Editor Radhika Jones a $6.25 million townhouse in Cobble Hill which closed on November 30th reported the NY Post. Jones and husband, Max Petersen moved into the immaculately renovated home which features exposed wood beams, a parlor-level wood-burning fireplace, and kitchens and bathrooms that match the rustic with the modern. The legal 2 family home has a garden-level apartment that can be separated into its own unit with a separate kitchen and media room.

Brooklyn’s Fort Greene’s has changed a lot since slain rapper, Biggie Smalls aka The Notorious B.I.G. lived in the neighborhood in the 1990s. Smalls’ — real name Christopher Wallace — old apartment, recently sold for $2 million, over the original $1.7 million asking price, the NY Post reports. Until his untimely murder in 1997, Smalls had only released one studio album, the classic and somewhat prescient “Ready To Die” which he recorded while living in the two-bedroom, two-bathroom duplex with his then-wife, singer Faith Evans and their daughter Chyna Tahjere Griffin. The home is two blocks away from the street named after the legendary MC.

Look for high-priced real estate deals to continue into 2022 and beyond as a jumbo-sized real estate development proposal just got the green light. The 3.5 acre Williamsburg site in question is called River Ring. In total there will be 1,050 units of which 263 will be “permanently affordable” with the same layout and amenities as the market-rate units. The project consists of a pair of angled apartment towers rising to a lofty 710 and 560 feet.

The development has been designed by BIG, the architectural firm of starchitect Bjarke Ingels, responsible for some of NYC’s most eye-catching designs. Part of the deal involves the developer, Two Trees, funding water-based recreation programs including kayaking and marine biology studies. There’ll also be a new 50,000 square foot YMCA.

Two Trees feel that NY Mayor-elect, Eric Adams will encourage a swathe of new development throughout the city in deals like this which help fund amenities for middle-income city residents.

“The tide is turning against NIMBY-ism,” Two Trees managing director for external affairs David Lombino said of the development. He predicted, “You’ll see more of it under [incoming mayor] Eric Adams.”

The former industrial site is immediately north of Two Trees’ other well-known development in the area, the former Domino’s Sugar plant, which, along with River Ring will provide continuous water access from South Williamsburg to Greenpoint.