Luxury Condo Contracts Lift Off as the Holidays Loom 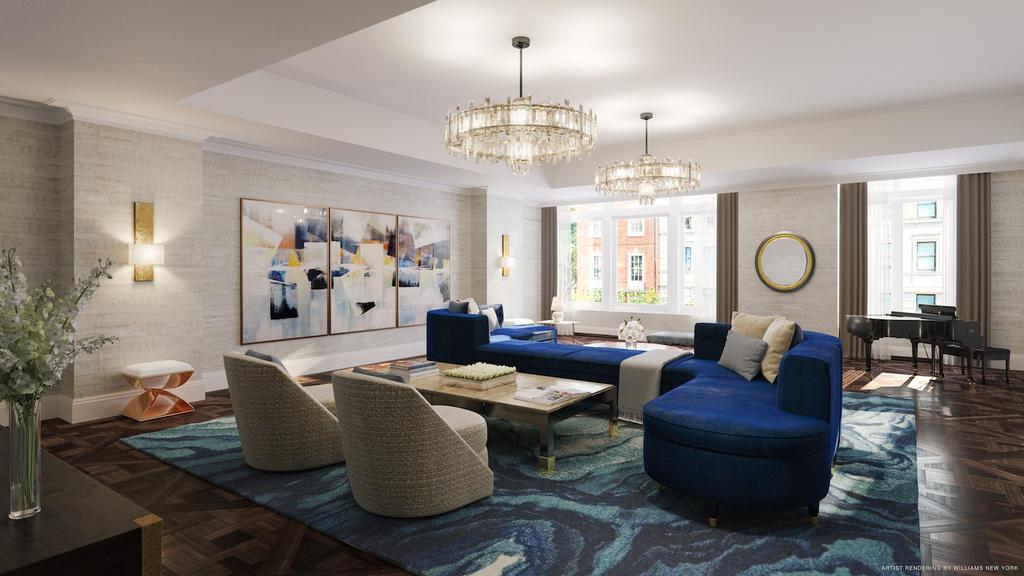 Forty-one fortunate people may be in store for a bumper holiday present this year. A present worth over $5 million. That’s how many contracts for luxury properties over the $5M mark went into contract last week (Nov 6-12), tying it for the best week of 2021 and contributing to the best ever second week in November in Manhattan.

To put it in perspective, the 28 deals that went into contract between $5M to $10M signified a 250% year-over-year increase and the 11 deals in the $10M to $20M bracket marked an astounding 1000% increase. Total sales for the week tipped the half-billion-dollar mark. Gulp!

Downtown Manhattan is Still the Place to be

Condos, both new construction, and resale still remain highly popular. Last week saw healthy figures too, however, for resale co-ops with downtown Manhattan nabbing roughly a third (109) of all 314 deals and the Upper-East side next with 77 deals.

15 C.P. West has the Most Expensive Sale of the Week

The most expensive deal of the week was in the ubiquitous Robert A.M. Stern designed 15 Central Park West, a long-time home to some of the wealthiest names in town. Included in a who’s who of notable past and present residents in the limestone landmark are Robert De Niro, Denzel Washington, Bob Costas, Goldman Sachs CEO Lloyd Blankfein, and Sting. According to Mansion Global, the condo in question had an asking price of $35 million and spans 4,500 square feet. Naturally, views of Central Park and a smorgasbord of high-end fixtures await the new buyers.

The second most expensive deal of the week was a penthouse at 1010 Park Ave on the Upper East Side. The 6,745 square-foot duplex was asking $34.9 million. It has four bedrooms and a nearly 500 square foot terrace.

A Tribeca Loft Flips for a $14M Profit

To give an indication of the recovery of the market since the pandemic a Tribeca loft-like home in deceased actor Heath Ledger’s former Tribeca building just sold for $49 million, setting a Soho record, according to the Wall Street Journal. A hefty price for the 8,000 square foot mansion but an even more impressive number considering that the recent seller purchased the home for $35.1 million during the peak of the pandemic, which amounts to a $14 million profit over 14 months. In other words, a million dollars profit per month. Not bad by anyone’s standards.

In Brooklyn, although the numbers were slightly less lofty than Manhattan, they were still impressive, especially in the $2M+ market, racking up the strongest annual gain in six months. Sales of new development-based 2 to 3 bedroom condos in northern and western Brooklyn neighborhoods (Downtown Brooklyn and around Prospect Park) were particularly buoyant.

Of the 95 contracts signed last week for Brooklyn properties, the most expensive was for a four-bedroom duplex in the massive, amenity-laden Front & York development in DUMBO. The $6.25 million 2,500 square foot home features its own private roof terrace, a necessity for high-end homes post-Covid.

The second most expensive home was at the boutique condo development at 126 South 2nd Street in Williamsburg. The garden unit went under contract for $3.5 million and spans 2.267 square feet.

With sales steamrolling their way into the holiday period, the question on everyone’s lips is “How long can it last?” Corcoran CEO gave her take on things recently on cheddar.com, stating,

“This is a market that’s defined by need, by want, by cheap money, by opportunity. This is not an investor-driven market where people are just jumping in and jumping out.”

Post-Covid, Liebman feels buyers are looking for specific things in their homes. “They are asking ‘do I need a backyard, do I need a pool? If I’m in an apartment, do I need some outdoor space?’ Big one is ‘Do I need a home office?’ The biggest trend is moving into a larger space and getting some really quality outdoor space.

As for buyers looking for a new home, Liebman gives this advice: “Be armed and ready to go. It’s not unusual to see 10, 30, 40 bids on a property the day it’s listed.”

For sellers, she suggests keeping their feet on the ground. “I would suggest sellers don’t get carried away with themselves. The quickest way to kill a market is to get too aspirational and price themselves 10,20,30% above the market. Don’t assume that because your house is special, you shouldn’t make it look beautiful. Think of it as a first date. When the buyer walks in, you want to highlight that house. Spruce it up, Paint it, stage it, cut the lawn. Make it as great as you can.”

Words to live by.