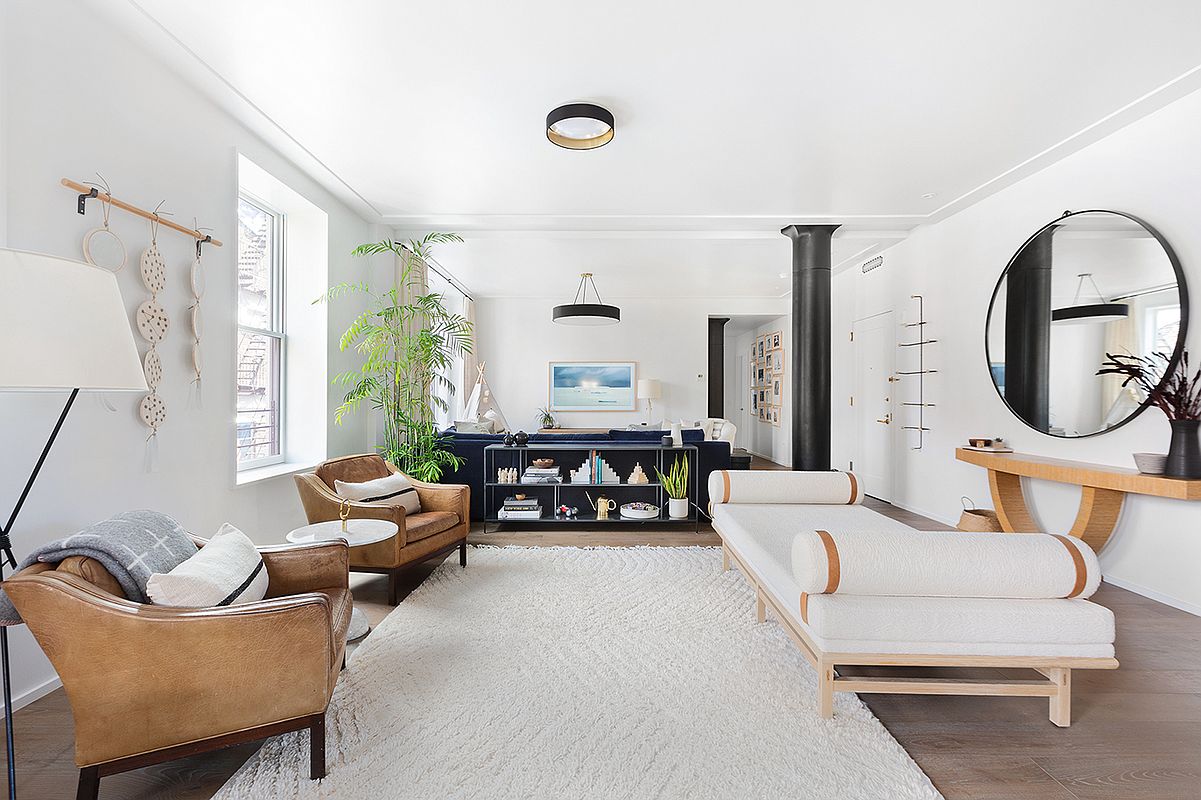 The hits just keep on coming! Every week seems to be record-breaking in its own right during this unprecedented purple patch in Manhattan sales history. Last week (Oct 16-22) 337 contracts were signed, up 16% over the previous week, a 54% year-over-year increase, and the strongest third week in October since 2007. With 54 new development deals signed, it marks a tie for the fourth-best week of 2021 so far. Amid all the fanfare, a couple of data points stand out. Nearly 80 contracts were reported signed on the Upper West Side, the most of any week since June 2007. There were 36 contracts signed for sales over $5 million, the second-highest weekly total of 2021. Out of those there were 10 contracts signed between $10-$20 million, a 400% increase over the previous week.

The highest-priced contract of the week was a penthouse listed for $49.5 million at the ubiquitous 433 Greenwich Street, a luxury condo in Tribeca made famous because of its celebrity residents that have included Jake Gyllenhaal, Bella Hadid, The Weeknd, Jennifer Lawrence, Harry Styles, Justin Timberlake, and Jessica Biel. The 8,900 square foot home was originally listed in 2019 for $57 million. It includes six bedrooms, six bathrooms, and a 3,246-square foot terrace with a plunge pool and outdoor kitchen. The sale also includes two parking spaces.

October’s numbers have kept in line with the explosive third quarter trajectory where a massive 4500 Manhattan condo and co-op sales have closed from July to September. Many buyers were seemingly eager to take advantage of the post-pandemic lower prices which were down to a median of $1 million during the height of Covid-19, nearly 18% down from the same period in 2019. Now, with more inventory back for sale, prices are back to where they were before the pandemic.

The current buying frenzy is the effect of a perfect storm of contributing factors. A booming stock market and record low-interest rates along with discounted prices — albeit less modest now — has made buying New York City a viable long-term investment. The scarcity of homes outside the city has also seen an influx of domestic buyers betting big on living the Manhattan dream once again.

In Brooklyn, there were a total of 132 contracts signed last week which is marginally greater than the week before and a 29% year-over-year increase. Last week saw the greatest number of contracts over $2 million signed since late May 2021. A total of 90 of the contracts signed (68%) were for condos with many of those being new development sales in Northern and Western Brooklyn neighborhoods.

The top contract, signed for $5.45 million, was for 5B, a four-bedroom unit at the Standish, at 171 Columbia Heights in Brooklyn Heights with New York Harbor views. Constructed in 1903 and recently reimagined, the stately Beaux Arts-style 12 story building has made something of a reputation as a celeb haven, with its most famous resident, Matt Damon breaking Brooklyn residential records with his $16.745 million purchase of the 12th-floor penthouse at the end of 2018. His purchase was soon followed by equally high profile Emily Blunt and husband John Krasinski also nabbing a home in the building after selling their Park Slope townhouse.

The building itself was reportedly the inspiration for Superman’s alter ego, Clark Kent in who lived on the fifth floor of the Standish Arms Apartments in Metropolis according to D.C. Comics. Interestingly both apartments on the fifth floor sold for just below $5 million in 2018 which was a lot more than Kent’s newspaper salary could buy him back when he was a resident!

“The biggest selling point is that it’s the best of all worlds,” Corcoran’s Deborah Rieders, said recently of the building. The building’s history along with its modern condo amenities has been a big selling point for buyers. “It feels spotless, elegant, and modern,” Rieders said, adding “The developers used classic materials in a more modern vernacular. It’s only a 22-unit building, and it has a 24-hour doorman. People feel like it’s a very intimate and private setting, even though you do get the amenities of being in a new condo.”

If you are interested in purchasing any of the listed homes mentioned here or any others in NYC or the Hamptons area please contact us 212-605-9382 or brachateam@corcoran.com