Moving En Masse: The History Of NYC’s May Day 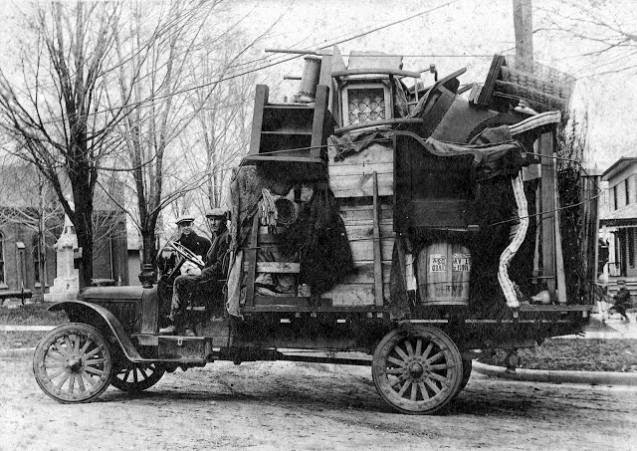 Moving is stressful, there is no denying it. Now, imagine doing it alongside thousands of other New Yorkers. While the 1st of each month still sees an influx of moving vans and sidewalk cast-offs, until around the second World War, most housing contracts, unless otherwise specified, ended on the 1st of May, prompting a mass “musical chairs” of sort, as the bulk of Manhattan moved into new rentals.

This custom of moving on the 1st of May, dating back to colonial times has historically been attributed to the the anniversary of the Dutch setting out to Manhattan for the first time centuries ago, but it became a part of New York State legislation in the early 19th century. Typically, on February 1, tenants were told what the new rent would be and were given three months to begin looking for a new home to move into or accept the raised rental price.

Chaos reigned so great on May 1, that by the late 1700’s moving carts were so in demand, that cart drivers came from Long Island and New Jersey to take advantage of the extra business, often charging more than a week’s worth of salary to desperate movers.

The legendary Davy Crockett, upon visiting the city as an honored guest in 1834, made the following observation:

“By the time we returned down Broadway, it seemed to me that the city was flying before some awful calamity. ‘Why,’ said I, ‘Colonel, what under heaven is the matter? Everyone appears to be pitching out their furniture, and packing it off.’ He laughed, and said this was the general ‘moving day.’ Such a sight nobody ever saw unless it was in this same city. It seemed a kind of frolic, as if they were changing houses just for fun. Every street was crowded with carts, drays, and people. So the world goes. It would take a good deal to get me out of my log-house; but here, I understand, many persons ‘move’ every year.”

Eventually, stricter regulations were put in place regarding rent control and people did not move as frequently and the tradition of Moving Day slowly died out. So the next time you find yourself groaning over the hassle of moving, consider this– at least you are doing it alone and not amongst the rest of the city.