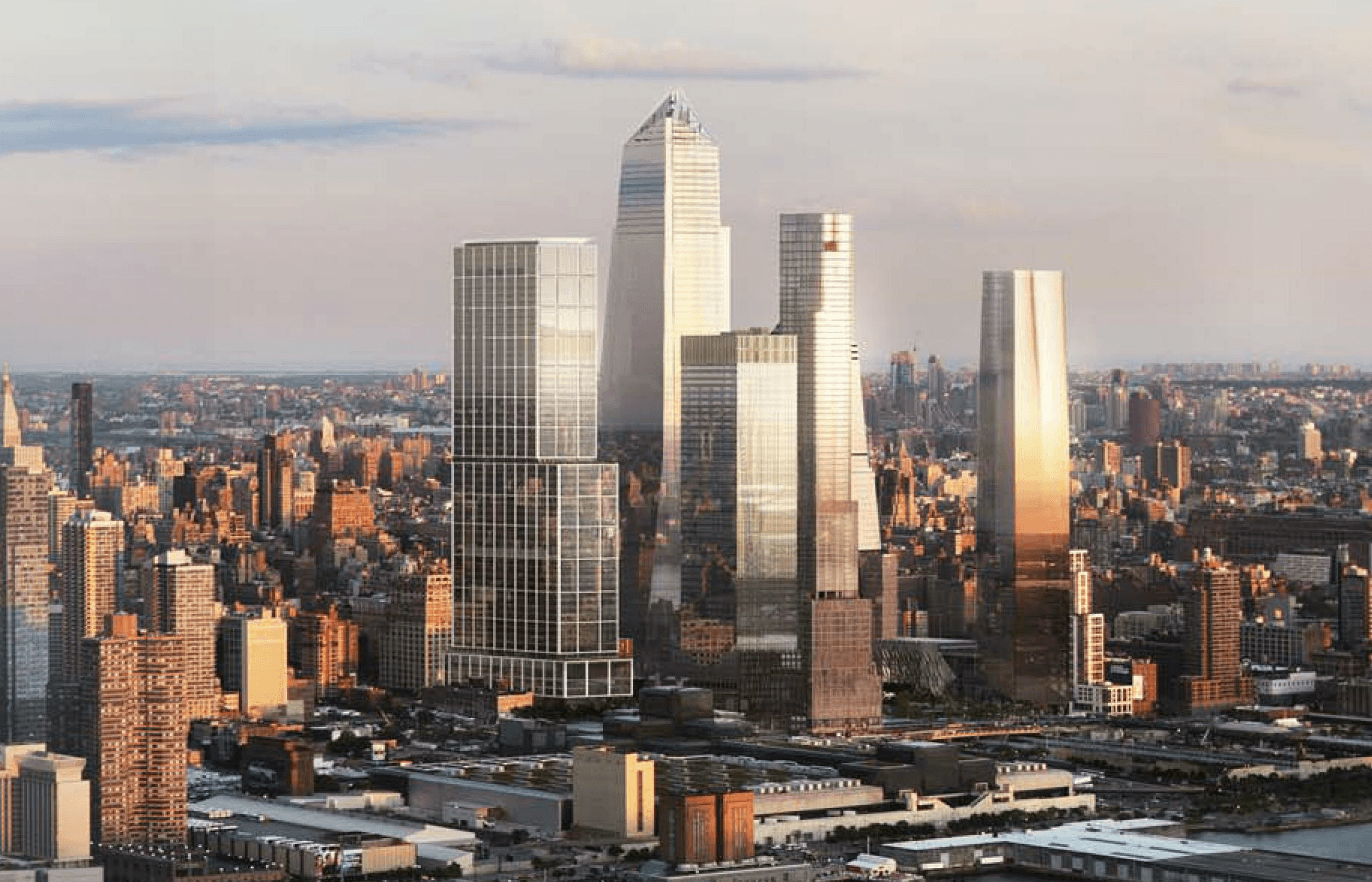 Before Amazon announced their Long Island City HQ, before Google announced an expansion and when Brooklyn townhouses were still being bought by Brooklynites, the Hudson Yards Project was already in the works. In fact, an early proposal dates back to 1996 when the area was being touted as a possible site for the 2012 Olympics. A rezoning effort in 2005 led to its current incarnation with other developers since crashing the party. The largest ever private real estate development in the United State, let alone Manhattan (it runs from 30th Street to 41st Street between 11th and Eighth Avenues), is no mere mixed use collection of high rises. It is a city within a city. Gleaming facades of structures, many nearing completion, shimmer like liquid mercury off the Hudson. Elsewhere, other multi angled towers take shape, amid scaffolding, cranes and layer upon layer of concrete. The project is a testament to enduring might and perseverance of the Big Apple. If recent sales are anything to go by, despite fluctuations, it is proof that luxury real estate will always be in demand.

When complete, the site will hold 18 million square feet of office, retail and residential space. All will benefit from one another with workers keen to forgo the commute and live within walking distance to their jobs. It is already proving a boon to residential real estate sales in the city. Here are some of the key condo developments at Hudson Yards.

The first residential building in the development is nearing completion and launched sales of its 285 apartments in September 2016. Since then, the most of condos in the 88 story building have already been sold. Designed by Diller Scofidio + Renfro in collaboration with the Rockwell Group, the development includes a Neiman Marcus’ fashion director, Ken Downing designed and styled model home. All the interiors in the home can be purchased at the nearby Neiman Marcus store at Hudson Yards. In fact a Neiman Marcus microsite has been launched for that express purpose.

This mixed use, building will include 143 residential units, rising to super-tall status at just over 1000 feet. The building was designed by SOM’s David Childs and will be completed within the next 12 months. The building will also contain an Equinox club and spa and an Equinox hotel, so the attraction for residents to live there is clear. Condos are expected to start at around $5 million.

Plans were filed by developers, The Chetrit Group in September 2016 with CetraRuddy as the architect. Last year a rendering was revealed for the 622-ft building which will consist of a 421 room hotel with 131 condos above that. This is nowhere near completion but as other condo developments sell out expect the newer projects to follow suite.

Known as Hudson Rise, this 400 Unit condo development by Siras Development, Blackhouse and Kuafu Properties recently released renderings. In additional to residential spaces it will include a full service hotel and retail spaces. Located directly across from the Javitz Center and immediately west of the new Hudson Boulevard in the heart if Hudson Yards.

The Port Authority revealed plans to build a nine-story building on land it owns at 431 West 33rd St back in 2014 but as yet a developer has no been named and the project remains in limbo. A large number of rental developments will also occupy the area (445 West 35th St, 530 W. 30th St., ) with some projects still in the planning stages while others are near completion.

The key to predicting the success of Hudson Yards condo developments may not be in seeing how quickly buyers sign on during construction but rather, how quickly financial firms relocate from Wall St and Midtown to lease commercial space. After all, it’s their execs who can afford the development’s luxury condos. If recent announcements are anything to go by the future looks good. Giant Private Equity firm KKR & Co. kick started the movement back in 2015.

“KKR’s decision to move to the west side was a pivotal moment,” Stephen Winter, vice president of commercial leasing at Related, a major developer of Hudson yards told the Wall St. Journal “and we have seen great momentum with other marquee financial firms now making the move as well.”