Home » Blog » Treasures Beyond Tribeca: Three Manhattan Neighborhoods About To Heat Up

Home » Blog » Treasures Beyond Tribeca: Three Manhattan Neighborhoods About To Heat Up

Treasures Beyond Tribeca: Three Manhattan Neighborhoods About To Heat Up 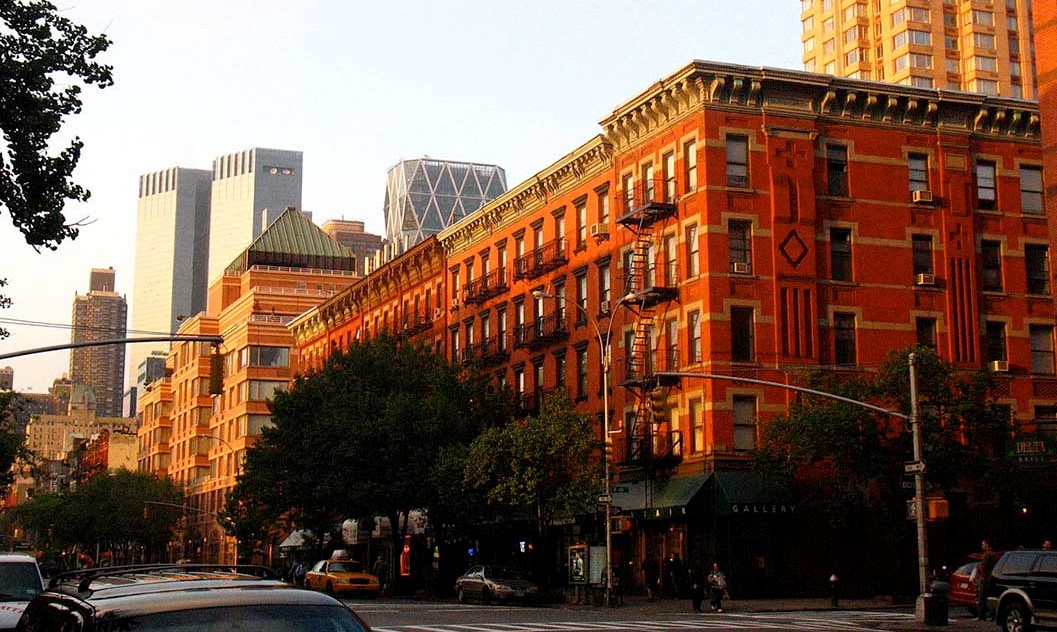 One of the best things about living in Manhattan is the sense of discovery. There’s seemingly always something new to do or place to explore. Maybe it’s that chic café that opened down the block from your apartment that you’ve been dying to try? Or maybe it’s that antique bookstore across the street from your work that you finally visit during your lunch hour? Or maybe, best of all, it’s an entire neighborhood you stumble across that’s filled with luxury residences at reasonable prices? Sounds too good to be true? Think again – we have three such neighborhoods that are still ripe for the picking! So, read on to get the jump on these locales before they become trendier than Tribeca!

In 2016, StreetEasy predicted that Yorkville would become Manhattan’s “Hottest” neighborhood the following year. The reason? The Second Avenue subway station. Yorkville stretches from East 79th to 97th streets and from Third Avenue to FDR Drive, and was the only Manhattan neighborhood to make it onto the listing company’s Top 10 list. The appeal of Yorkville has always been its mom and pop feel. Part time resident, writer Jonathan Franzen, called it the “last middle-class neighborhood in Manhattan” recently in The New York Times. Yorkville is characterized by its eclectic mix of brownstones, tenements, and newer luxury high-rise apartment buildings. A StreetEasy search pulled up 14 condos for sale between $900,000 and $1 million. A smattering of new luxury buildings have sprouted up around the new subway line, one of them being Vitreat 302 E. 96th St, where prices range from $915,000 for a 1 bedroom, 1 bathroom unit to $3,795,000 for a 3 bedroom, 3 bathroom condo. Old time residents may decry the arrival of towering new glass fronted buildings to the neighborhood, but most of them know that prices here are only likely to go the in the same direction as the new luxury towers.

The New York Times recently described the western edge of Hell’s Kitchen as “New York’s latest industrial district to reinvent itself.” Once known as a characterless wilderness of shipping offices and garages, as well as more salacious night time activities, developers have been betting big on the area between 10th Avenue and the West Side Highway, in the West 40s and West 50s. A StreetEasy search pulled up 18 condos for sale between $900,000 and $1 million. One of the most affordable buildings in the area is NINE52 which has two condos on the list. Unlike other new glass walled condo towers, this has a warmer feel as the building was part of Saint Clare’s Hospital and was developed by The Chetrit Group.

Living in Lower Manhattan for under $1 million and within walking distance to Wall Street is not an easy feat. As neighborhoods go, you could do a lot worse than Battery Park City. It has views of the Hudson and access to running/bike paths. Almost a third of its 92 acres are dedicated to park space. With an influx of new restaurants, it’s almost suburban – excepting the fact that suburbs don’t usually sit next to Manhattan’s most expensive neighborhood, Tribeca!

A StreetEasy search pulled up 17 such condos which fall below the million-dollar price tag. Some are at One Rector Park, a new condominium conversion with modern interiors, full-service amenities, and a waterside location. Others are at 225 Rector Place, which was originally built as a rental in 1985 and completely redeveloped as a condo building in 2008. It’s 24 stories tall and comprises 285 residences. More possibilities can be found at Liberty “Rector Place” Residences, which actually comprises three renovated separate locations: Liberty Court, Liberty House and Liberty Terrace.

“For many years Battery Park City was like the frontier — a bunch of buildings with no services and nothing to do,” Karen Quinones, a historian with Patriot Tours and an expert on Manhattan below Chambers Street told AM New York. “It’s amazing walking there now. It’s like a totally separate city.”