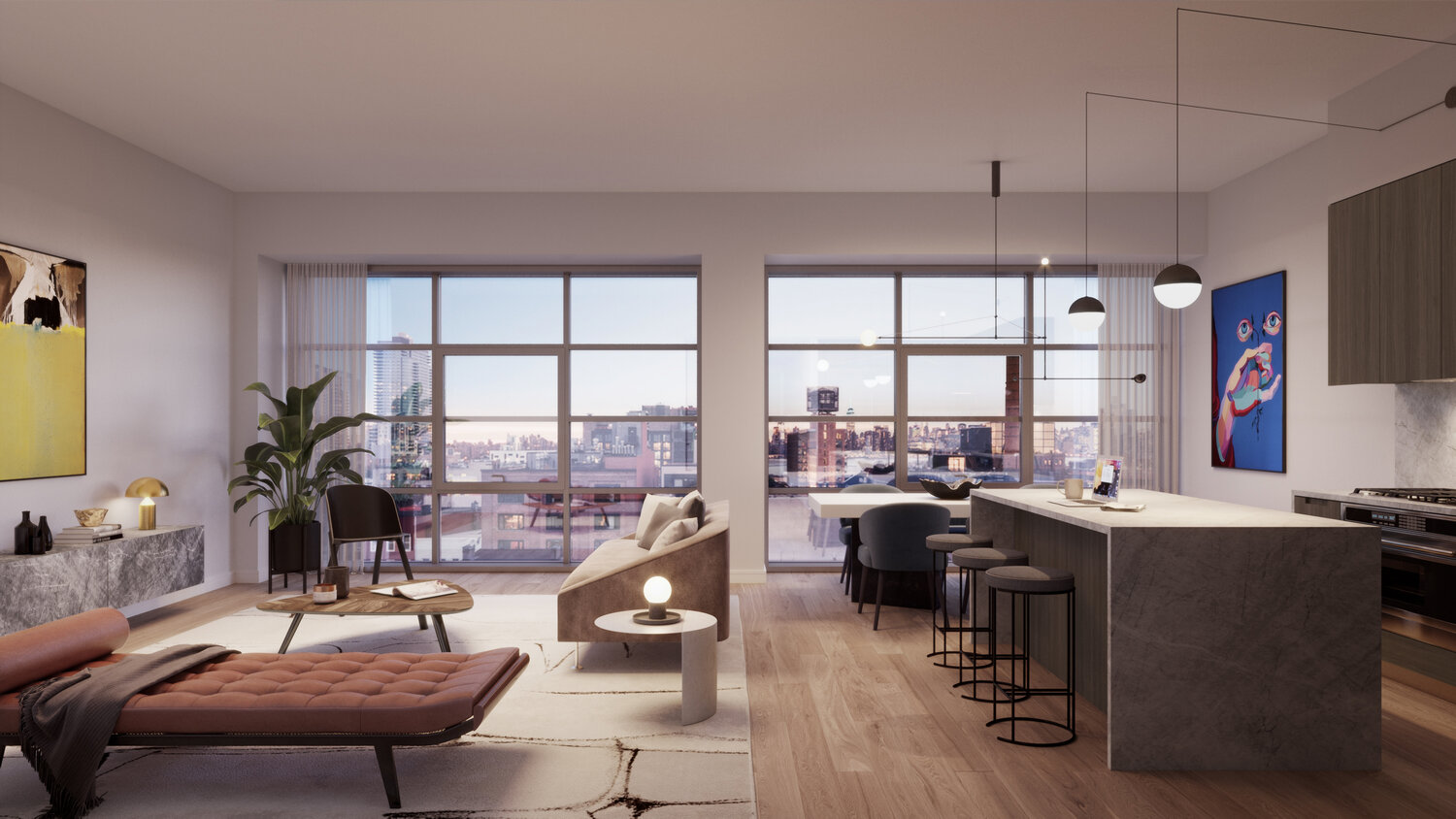 If New York’s real estate market was a slot machine, last week (Nov13-16) it would have hit the jackpot. All the rows lined up and the luxury market scored its strongest week in fifteen years. In total 348 contracts were signed, up 11% over the previous week and 72% year over year. It also marked a 26 week high, in the wild ride of year-long highs and the strongest third week in November on record.

All housing types saw increases with new developments up the most. This time it wasn’t just 1 bedroom condos finding buyers. A total of 91 units of 3 bedrooms or more went into contract, the second-best week of 2021. In the upper price echelon, 47 contracts topped the $5 mark, 2021’s strongest week in the luxury sector. In the last two weeks, alone $1.2 billion of Manhattan real estate has gone into contract meaning, a lot of people will welcome in 2022 in a brand new home

A Tale of Two Townhouses

Mansion Global reports that the biggest deal of the week was a 23,450 square-foot townhouse on East 68th which was listed for $29.5 million. However, it’s not a luxury urban manse for a billionaire. The six-story, 39-foot-wide property consists of 13 rental units and needs an entire renovation.

Just a block away on East 67th Street lies the second most expensive deal of the week. The two buildings couldn’t be more different. The 13,300 square foot home, which was asking $27.5 million, features seven bedrooms and nine-and-a-half bathrooms. There are 10 fireplaces and over 2000 square feet of outdoor place. Despite its lofty price, the building isn’t free from scandal. It was owned by the hedge fund manager, Philip Falcone who purchased it in 2004 and was charged with securities fraud in 2012. The home was destined for foreclosure this year, which Mr. Falcone appealed successfully.

Although the pandemic caused some to wonder if remote working would hurt the city’s real estate market, a recent article in the Wall Street Journal, suggests otherwise. The article identifies the massive swathes of commercial spaces — over 8 million square feet — tech giants Google, Facebook, and Amazon have bought in Manhattan recently. With the demand for in-office personnel comes the demand for housing and other tech companies to follow suit. Indeed, while retailers and other types of office space suffer, the sheer amounts of revenue generated by tech companies indicate that the complexion of Manhattan’s workforce is changing.

Attractive modern designs, amenities, and a lot of outdoor space are synonymous with tech buildings, and Google’s latest purchase, The St. John’s Terminal site at 550 Washington Street, which the company is set to purchase for $2.1 billion offers more of the same. The rationale is, if you’re going to be an office worker, there are far worse places to go.

“These investments we are making in our NYC campus presence will give us the capacity to grow our workforce in the city to more than 14,000 employees in the coming years,” Ruth Porat, Alphabet, and Google CFO said in a recent blog, “and we look forward to continuing to be an active part of New York City’s vibrant community.”

Much of tech’s workforce lives in Brooklyn and that housing market is keeping in step with Manhattan’s. Last week 121 homes went into contract, up 27% over the previous week and up 29% year-over-year. Contracts over $2 million were up over last week and last year. Specific new developments have been responsible for much of the action with DUMBO’s Front and York, One Prospect Park, 450 Warren Street, and 138 North 10th Street garnering a lot of action for two+ bedroom sales. Indeed, a four-bedroom condo with a private terrace at Front and York went into contract for $8.75 million, making it the biggest Brooklyn deal of last week.

Money Pours in for New Devs

Investment capital also seems to be pouring into the Brooklyn market. The Real Deal reports that real estate developer K2 Real Estate Partners filed plans to build an eight-story, 165 unit residential project just east of Prospect Park (210 Clarkson Ave in Prospect-Lefferts Gardens) after securing financing for $68.8 million. It marked the second deal that the lender, Scale Lending, a part of Slate Property Group, financed in Brooklyn recently. The other was a residential building in Clinton Hill.

As NYC temperature’s get set to drop, its real estate market only seems to get hotter.