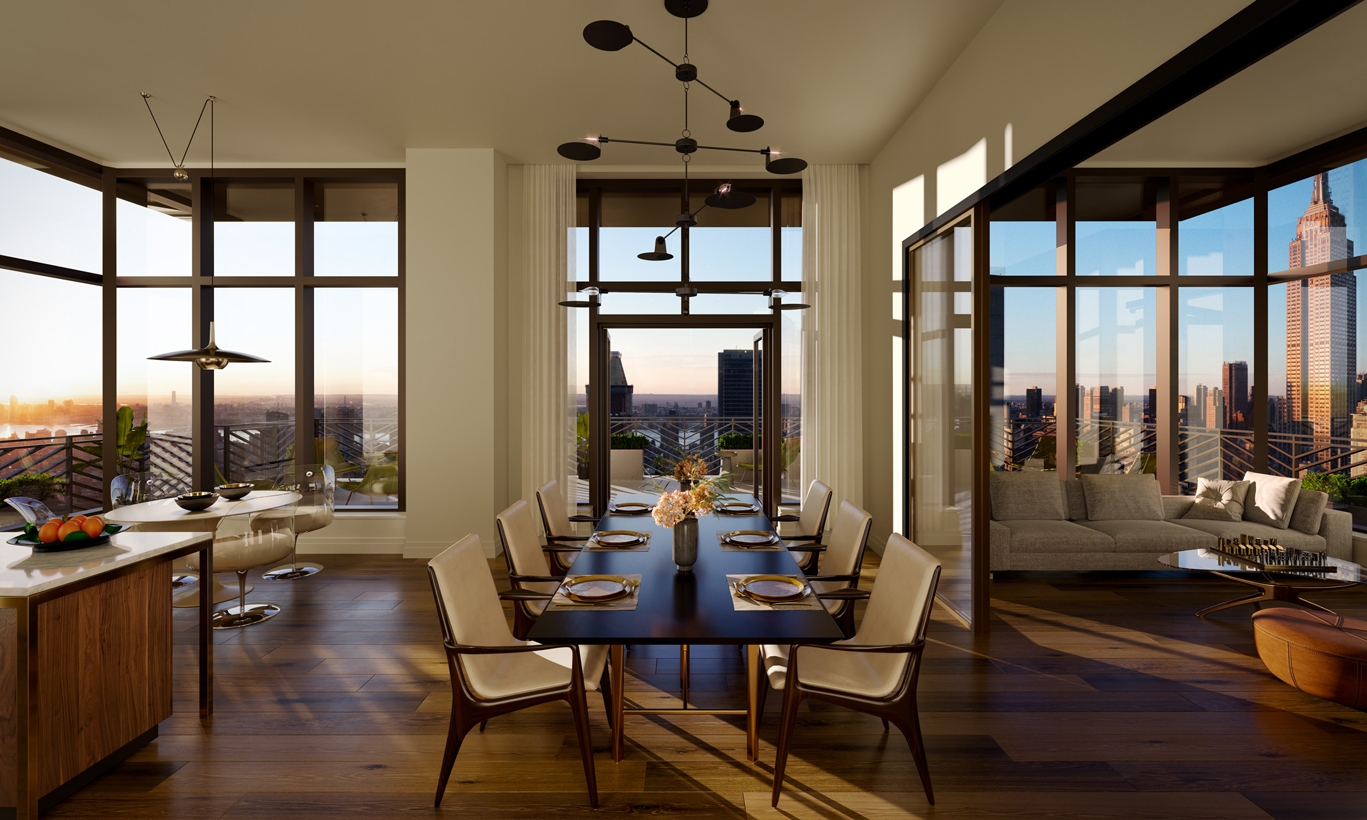 Fears about the Omicron Covid variant caused a stock market shudder, reflected in a blip in Manhattan’s luxury home sales going into contract last week (Nov 27—Dec 3). Overall, though the numbers were strong heading into December, usually a slow time of the year. In total 272 contracts were signed, up 21% on the previous (Thanksgiving) week and up 40% year-over-year. Last week was also the strongest week after Thanksgiving ever for the Manhattan market, rounding off a barnstorming November, creating another Manhattan record, with 1,300 contracts reported signed, up 60% annually.

Resale Co-Ops Under $1M saw the Most Action

Homes priced under $1 million enjoyed much of the action with 127 deals being struck. Interestingly, in a break from previous weeks where new condo sales dominated, this time it was resale co-ops, predominantly in the Downtown area, that saw the most buyers (144) cashing in on low-interest rates. This was in contrast to the twenty luxury sales, priced $5 million and above which went into contract.

A condo priced at $21.5 million on Billionaire’s Row in the cloud-busting, supertall 111 West 57th Street was the most expensive deal of the week according to Mansion Global. The full-floor 4,500-square-foot condo has three bedrooms and was the building’s model residence with interiors courtesy of AD 100 designer Kelly Behun, an obvious attraction for the buyers who purchased the residence fully furnished.

The second priciest deal of the week was for a duplex penthouse at the still-under-construction, 45-story, Art-Deco-inspired Rose Hill. Located at 30 East 29th Street, around leafy Madison Park in the sought-after Nomad/Flatiron area, the home, which has four bedrooms, three terraces, and spans 4,657 square feet, was listed for $20 million. According to the New York Times, demand for homes in Rose Hill has been strong with most units selling around the asking price. NNewyorkyimby.com revealed recently that work is expected to be completed on the building’s interior in the Summer of 2022.

Unlike Manhattan, Brooklyn’s post-Thanksgiving market was driven by condo sales with 118 contracts signed last week, a 34% annual increase and up 13% over the previous week. There has been a dramatic 200% year-over-year increase in sales for homes priced over $2M, fueled largely by condos in Dumbo in luxury amenity-filled developments like Front and York. There were also multiple contracts over $3M at One Clinton in Downtown Brooklyn.

One of the hottest Brooklyn markets last week was Williamsburg and Greenpoint which saw a total of 20 homes go into contract thanks to the cluster of gleaming new projects. Another was the whole of the Downtown Brooklyn area. Neighborhoods including Brooklyn Heights, Cobble Hill, Dumbo, and Downtown saw a combined 33 residences go into contract fueled by the aforementioned mega-sized developments. The most expensive condo sale was at 1 John Street on the Dumbo waterfront. The nearly 2,600 square-foot four-bedroom, 3.5 bathroom condo ($1,736 per square foot) was asking $4.5 million.

A Townhouse in Brooklyn Heights Goes Into Contract For $10M

The most expensive Brooklyn home to go into contract last week, however, wasn’t a condo but a Brooklyn Heights townhouse at 126 State Street listed for $10 million ($1,648 per square foot). The 6,010 square-foot, six-bedroom, seven-bathroom single-family home spans 5 floors and has been modernized with a new kitchen, floating stairs, skylights, and a wall of windows on the back two floors overlooking the garden. Wide plank, original rustic floors provide a juxtaposition to the contemporary fixtures.

Overseas investors will once again be hit by newly imposed travel restrictions only a few weeks after the previous ones were lifted. This means most of the home sales have been to domestic buyers flush with cash from a soaring stock market. The fact that the real estate market has enjoyed unprecedented activity without the full contingent of its buyer pool augurs well for the future when restrictions lift again as they invariably will.

If you want to look at any of the developments mentioned here or other homes in Manhattan, Brooklyn, or the Hamptons, don’t hesitate to contact the Bracha team at 212-605-9382 or brachateam@corcoran.com