Jeff Bezos is crazy about NoMad. Here’s why… 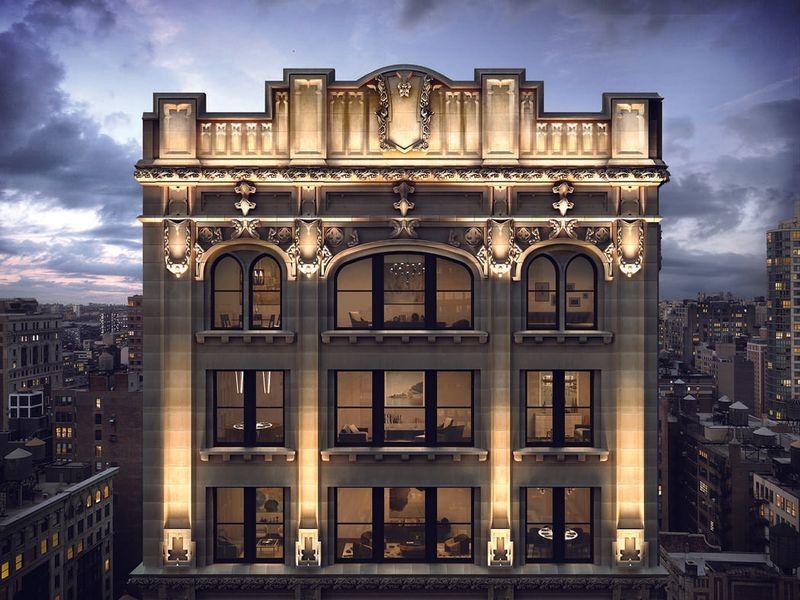 Jeff Bezos’ latest purchase of a $23 million condo at 212 Fifth Avenue brings his overall spending in the luxury NoMad building to well over $100 million. It’s a massive amount of money for most investors but for Bezos’ with a net worth of $200 billion, it’s just another day at the office.

The Big Deal About NoMad

Bezos can buy what he wants, where he wants, so what’s the big deal with NoMad? The chic, leafy downtown enclave nestled around Madison Square Park, close to the busy thoroughfare of 23rd street, is surrounded by restaurants, hotels, art galleries, and furniture stores. It’s become one of the most sought-after neighborhoods in the city. The Q2 median sale price in the neighborhood of $2.2 doubles Manhattan’s median of $1.1million, according to Property Shark data.

With a slew of high-end condos and renovations taking to the skies, it’s become a hotspot for hedge funders, celebs, and private equity types. Bezos’ buy in the Gothic style 1912 constructed building will only keep the neighborhood’s rep sizzling. So far the Amazon billionaire owns a triplex penthouse and two units below it, which will all be combined to create a mansion in the sky, overlooking the city. His new purchase adds another 4,155 square feet to his lavish lair.

As with his other units, nothing is left to the imagination regarding interior finishes. It contains coffered ceilings, enough marble to fill a quarry, and cinematic views of the city. However, when Bezos mega renovation begins, combining all his units, expect all those pricey finishes to be overhauled. The building is also stacked with amenities — a gym, spa, yoga studio, screening room, catering room, and cold storage.

As with any neighborhood, it’s the residents that make the headlines and other occupants in the building include Texas billionaire Ed Bass, ESPN host Mike Greenberg, and Charles and Seryl Kushner who bought three units for their grandchildren, according to the Real Deal. Adding another Bezos unit to the building will only keep property values soaring.

If you can’t manage to buy in Bezos’ building, don’t worry, there are several equally as lavish buildings for you to consider.

Built by the Rockerfeller Group and designed by noted architects CetraRuddy, the Art-Deco-inspired tower is the first famed developer’s project since it built Rockerfeller Center over 90 years ago. At least they can’t be accused of being rushed into a decision!

Designed by Uruguayan “starchitect” Rafael Viñoly, this lofty 55-story, 130-unit tower comes with a suite of amenities and a unique design that dispenses with awkward concrete columns in favor of a centralized core.

A hip boutique building with just 11 units and a modern paneled terraced exterior that wouldn’t look out of place overlooking a tropical beach. It’s ideal if the idea of sharing the elevator with 100’s of strange residents doesn’t appeal to you.

Don’t let the name fool you, you won’t find any house resembling this 800-foot tall cloudbuster. The glassy but classy building is the tallest addition to the NoMad skyline and comes with stunning city views and enough amenities to keep a small city entertained.

If you are interested in any of these buildings or any condos in NoMad and elsewhere in Manhattan don’t hesitate to call the Bracha office.