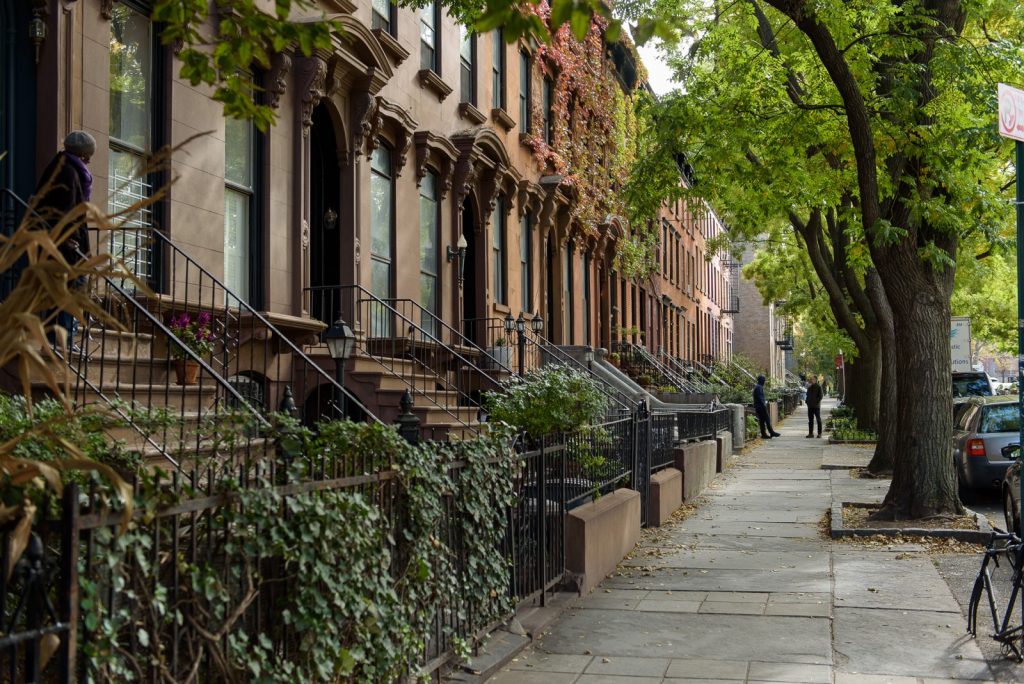 A decade ago few would have imagined once gritty Brooklyn neighborhoods such as BedStuy and Crown Heights would be selling townhouses with prices inching towards the $3 million mark. However, as gentrification spreads like a flash flood from townier areas like Park Slope and Prospect Heights, the desire to be a part of brownstone Brooklyn is causing brokers and buyers to throw caution to the wind.

Native New Yorker and Keller Williams agent, Reginald Ferguson, who specializes Brooklyn listings, sees the uptick in prices as a reflection from what is happening elsewhere in the city.

“The numbers reflect two main things,” he says. “People being priced out of Manhattan and the ease of the commute into the city. BedStuy and Crown Heights are relatively quick rides into Manhattan. The same can’t be said for other Brooklyn neighborhoods such as Bay Ridge. Yes prices have gone up but not at the same rate.”

Of course, part of the appeal is the idea of living in a brownstone or limestone on a tree lined block. It’s quintessential Brooklyn. Ornate moldings, wainscoting, Victorian fireplaces and backyard decks. They have great appeal to buyers with families over shimmering glass condos found elsewhere. The fact that they are in a limited supply is what’s forcing the prices skyward.

“Will Crown Heights or Bedstuy compete price wise with Park Slope or Prospect Heights? It’s doubtful,” says Ferguson, “but certainly over time you’ll see an improvement in the neighborhoods and maybe a narrowing of the gap.”

Like a malignant firestorm ignited by smoldering cigarette, Brooklyn neighborhoods have caught alight due their proximity to adjoining gentrifying areas.

“There is now a neighborhood called East Williamsburg,” Ferguson chuckles. “Long time New Yorkers will tell you that neighborhood never existed. It was Bushwick, so you’re definitely seeing some neighborhoods blend into others and that’s reflected in marketing and pricing.”

The fetish for brownstone living has been seized upon by developers. The sale of 1 Verona Place, in BedStuy for $3.3 million earlier this year, a corner brownstone which had been completely renovated by fabricating period style Victorian architecture, set the Brooklyn real estate world abuzz. It was seen as a game changer, a new sales record, raising the bar on comps and listing prices.

“I think of our homes as Modern Victorians,” said Dahill one of the designers with KGBL, behind the renovation. “Old world craftsmanship, with details that never go out of style coupled with modern day fixtures in kitchens and baths.”

“There has been a lot of talk about gentrification and Brooklyn losing the neighborhood feel it had from the ’60’s and ’70’s,” says Ferguson “but let’s expand the picture. These homes were originally built for single family luxury living at the turn of the century and they were upper middle class neighborhoods. It was an easy commute from midtown. So in many ways it’s getting back to that. But it’s also advantageous for the long standing African American families who lived there during the tough years of the crack epidemic in the ’70’s and ’80’s. They are now realizing the value of their homes and being rewarded for all their years in the area when it wasn’t so desirable.”

Brand Brooklyn is on the map for global investors, awash with seemingly unlimited amounts of cash. London’s Financial Times reported, earlier this year that the appreciation seen in gentrifying neighborhoods is far outstripping other parts of the city.

“We’re not seeing just oligarchs and billionaires buying these days,” veteran appraiser Jonathan Miller, the president and chief executive of Miller Samuel said in the article, “but your garden-variety millionaires who want a house in Brooklyn rather than a luxury condo in Manhattan.”

So, if it’s a brownstone you’re after, be prepared for competition.