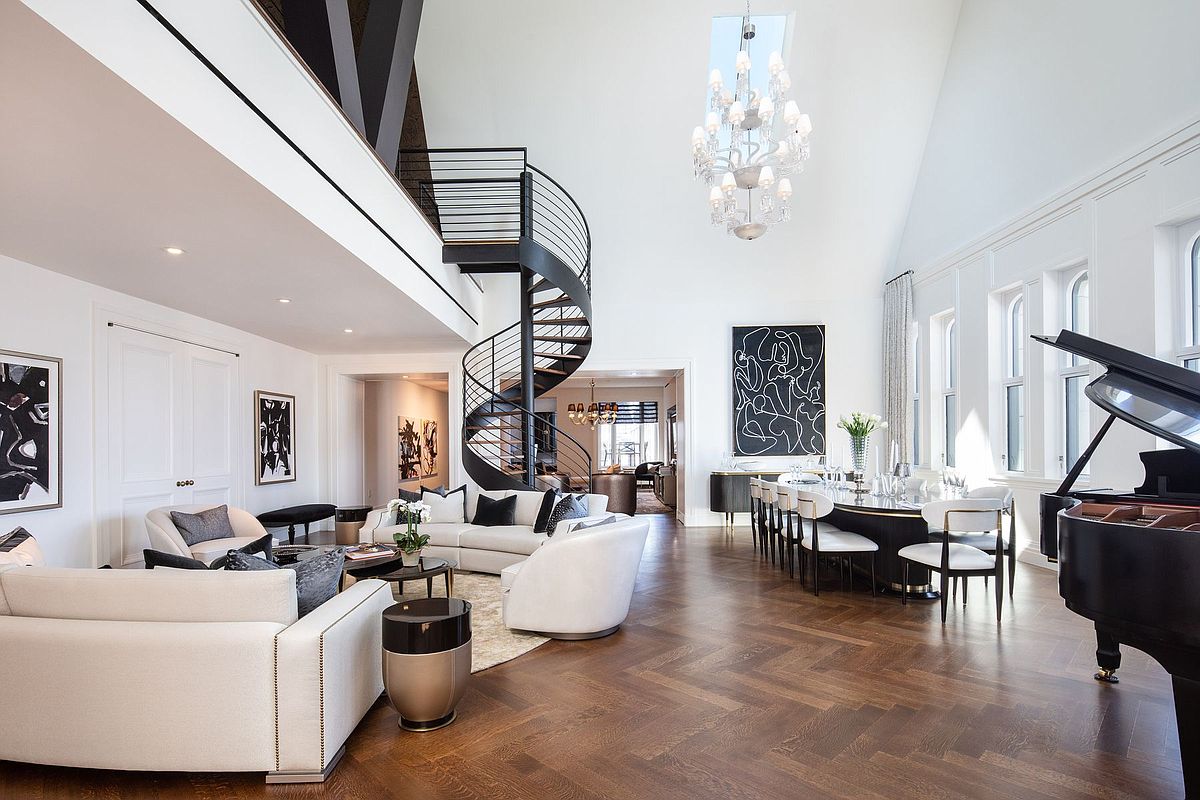 If the last week of activity in 2021 (December 25-31) is anything to go by, New York aims to march forward into 2022 in the same barnstorming fashion as it enjoyed for most of the previous year. In total 206 contracts were signed, up 22% year-over-year, despite a 7% slip from the previous week due to the holidays. It marked the strongest last week of the year in Manhattan. To put things in perspective, nearly 15,600 contracts were reported signed in 2021, the most ever in a single calendar year.

The biggest deal of the week was for PH 16 at 109 East 79th Street, which was asking just shy of $30 million, ( $4,559 per square foot). The home — a five-bedroom, five-and-a-half bathroom luxury spread with a fireplace, a library, and two terraces — was a timely reminder of just how popular the Upper East Side has been in 2021. This 31 unit residence has sold like gangbusters, with 20 of the units already gone. As if to prove the point, the second most expensive deal of the week was also on the Upper East Side, a full-floor condo at the Robert A.M. Stern designed boutique The Bellemont on Madison Avenue. The 6,132 square foot condo has five bedrooms and six-and-a-half bedrooms. Eight of the 12 homes in the building have already gone into contract.

In Brooklyn, the number of deals was down last week due to the holidays. A late flurry of 2021 homes that went into contract were one-bedroom condos and co-ops priced under $750K. Over half the deals were for units in southern and eastern neighborhoods such as Kensington, Windsor Terrace, Ditmas Park, and Prospect Park South. However, the top condo contract signed last week was for nearly $4 million, for Unit 3A at Polhemus Residences, 100 Amity Street, Cobble Hill, a 3 bedroom resale in an almost sold-out new development.

A Park Slope townhouse at 250 Garfield Place was the highest deal overall in the borough, with an asking price of $8 million, The Real Deal Reports. The home features five bedrooms and four and a half bathrooms and has undergone a complete renovation.

TV personality, low cal cocktail Queen, and alumni of The Real Housewives of New York City, Bethany Frankel has been busy flipping homes in Manhattan and the Hamptons in recent years. She recently relisted a 4,000 square foot Soho loft for $7 million that she purchased back in 2017 for $4.2 million and promptly renovated. She gave Architectural Digest a tour of the home in 2018.

The Succession Woolworth Tower Loft Hits The Market for $23M

If you watch the HBO show Succession and have been wowed by the lavish Tribeca loft shown in the series, you can now buy it, for the princely sum of $23.355 million. The home is known as Pavilion A and sits on the 29th floor of the famed Woolworth Tower Residences in Tribeca. Spanning over 6,700 square feet, the home has five bedrooms, four full bathrooms, and two and a half baths with dramatic views of the Manhattan skyline and East and Hudson Rivers. There’s also a terrace that measures over 2,700 square feet.

An U.E.S. Townhouse Gets A Gut Rehab and Lists for $22M

The Wall Street Journal reports that a six-level Upper East Side townhouse, built in the early 1870s and recently gut renovated to the tune of $7 million, is hitting the market for $22 million. Located on a historic landmarked block, current owner, financier, and co-founder of mortgage REIT, Annaly Capital Management, Wellington Denahan purchased it in 2012 for around $10 million before undertaking the costly 3-year renovation. The home features five bedrooms with 11-foot ceilings and intricate finishes including new kitchens, bathrooms, and floorings, and is serviced by an elevator.

Brooklyn Tower, at 9 Dekalb Avenue, a luxury supertall high-rise in the heart of Downtown Brooklyn, officially became the borough’s tallest building in October. Now the 1,066-foot-tall megastructure is showing off its interiors, ahead of sales later this year. The interiors were designed by Gachot Studio. There will be a total of 550 residences with 150 condos for sale and 400 rentals.